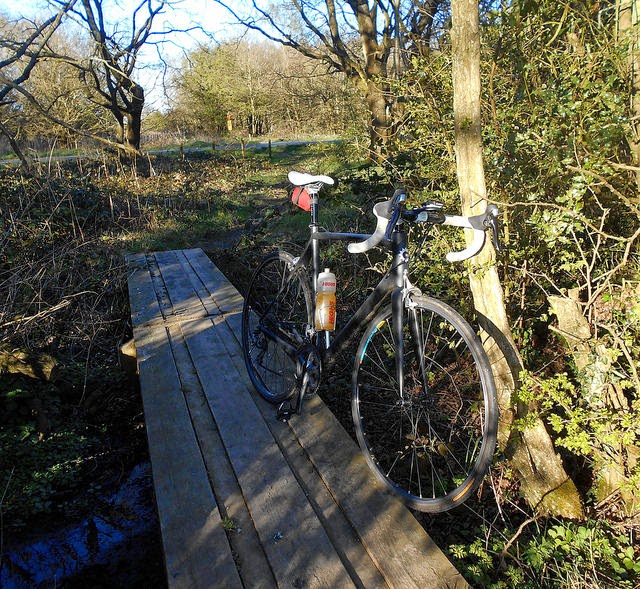 at 20 degrees and sunny it was too nice an evening to do chores, so the grass remained uncut and i took the road bike out for a spin instead. This was a compact ride, not a great distance but I tried to pack a few climbs in on the way.
It nearly ended half a mile from home though as a cyclist and  her son crossed without looking from the pavement into the road in front of me, luckily for all concerned i was paying attention and was able to stop, If i had been a motor vehicle I think there would have been some serious injuries.
relieved not to have been involved in a RTA i rode up and over the Col d' Lickey, the col de Clent including St Kenelms pass, the Col de télévision before a final ascent up colline verte to finish.
So quite strenuous but good fun, only marred by the near miss and wearing too dark a lens on my sunglasses as with the sun flickering through the hedgerows it was difficult to see the state of the road on the descents, especially when i went from brightly lit to shaded parts. I hit a few unseen potholes that unnerved me slightly and i resorted to not wearing glasses in the end and put up with streaming eyes from the speed just to be able to see hazards ahead.
the final incident came 2 miles from home where, if i had been a split second slower the fox that ran out in front of me whilst i was sprinting up a short incline would have had a nasty impact with my wheel. It seems it was an evening of things throwing themselves in front of me!
ride 44
22 miles
total 728
commute 212
Posted by Rocketdog at 07:32