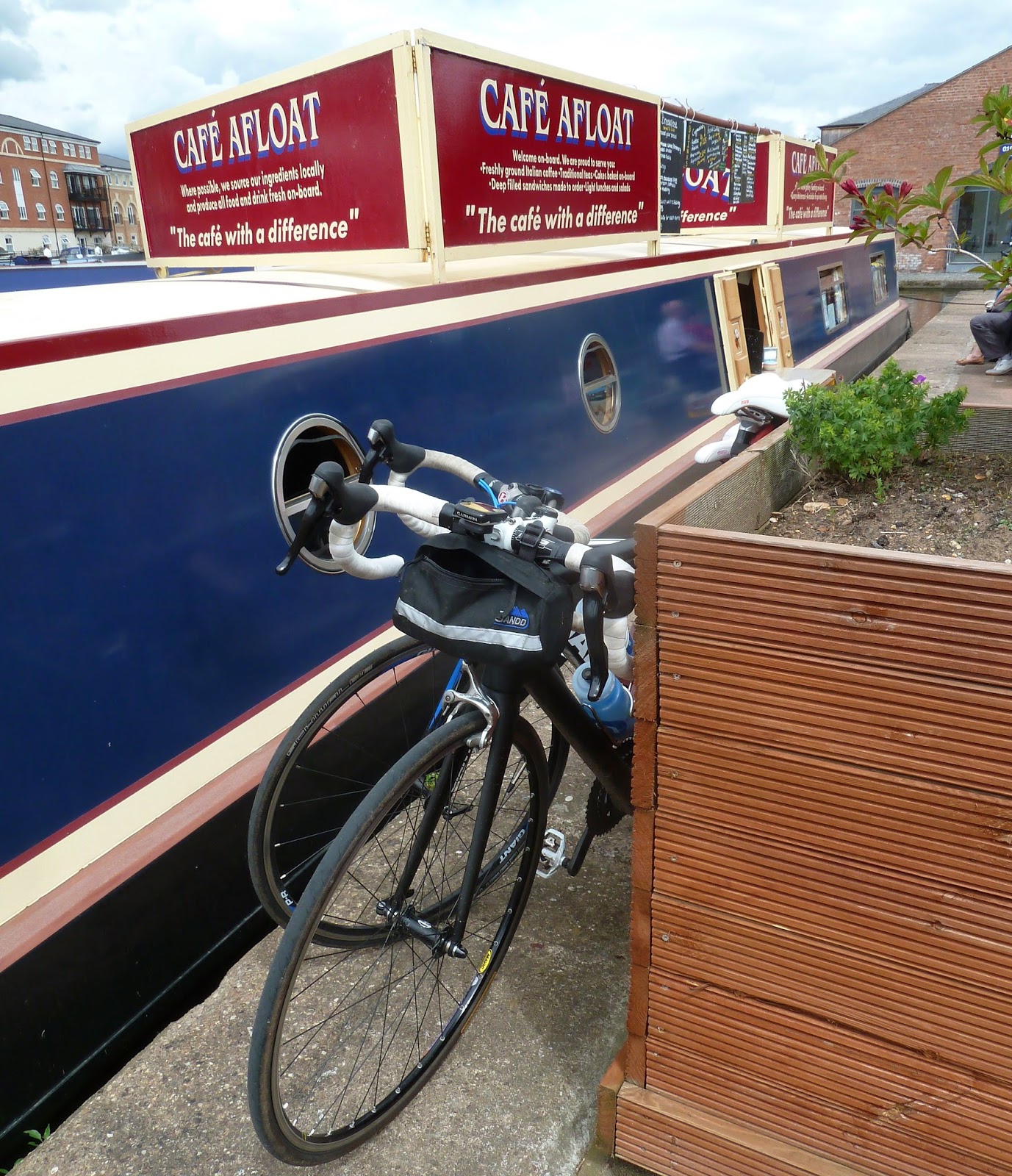 we fancied a long ride today so headed for Worcester, the capital of the N.Worcs Alps and  lunch at the canal basin. we rode a winding route trying to avoid main roads and on the whole we achieved this  but there was an "oh shit" moment as after checking the map (phone app) I pulled away and my chain promptly snapped. I managed to not fall on the ground and with the right tool i shortened the remaining links of chain and we continued on. Lunch was eaten in sunshine but we tracked a huge black cloud and it got nearer and nearer until a second after we finished eating it dumped it's load of rain on us. We sheltered and once it had stopped we carried on riding. it was a very localized shower and a mile further on you wouldn't have known it had rained at all as once again it was sunshine and blue skies. we stopped in Droitwich for an ice cream and to fix a puncture and again to avoid another heavy shower in Bromsgrove.
We'd managed to avoid busy roads for at least 90% of the ride  and despite the mechanical and lack of tyre pressue woes it was a great day out
Ride 84
53 miles
Total 1569
commute 394
Posted by Rocketdog at 22:02