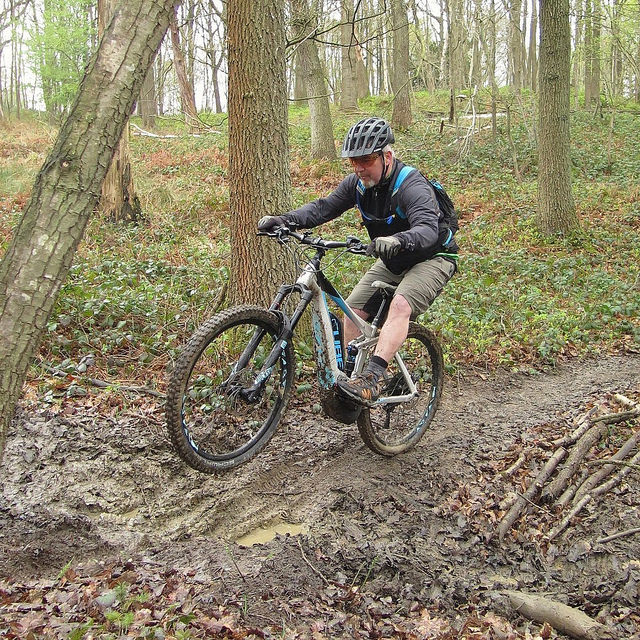 Last time we were here we were looking for shade to ride in as it was so hot, this time we were looking for shelter from the drizzle. the same buff trails were ridden but thus time they had a greasy layer all over them and things were slower and much more technical. i will say though that they were no less enjoyable. this was probably because we were all used to riding in conditions like this.
Russ didn't have such a bad fall on this ride so it must suit him better too.
we rode some old favourite routes and some of the new ones from the last time we were here. we even fitted in cake and a post ride beer. if it had been dry it would have been off the scale.
at least we know it's going to get better as the warmer months progress
ride 3116 milestotal 609
Posted by Rocketdog at 12:41