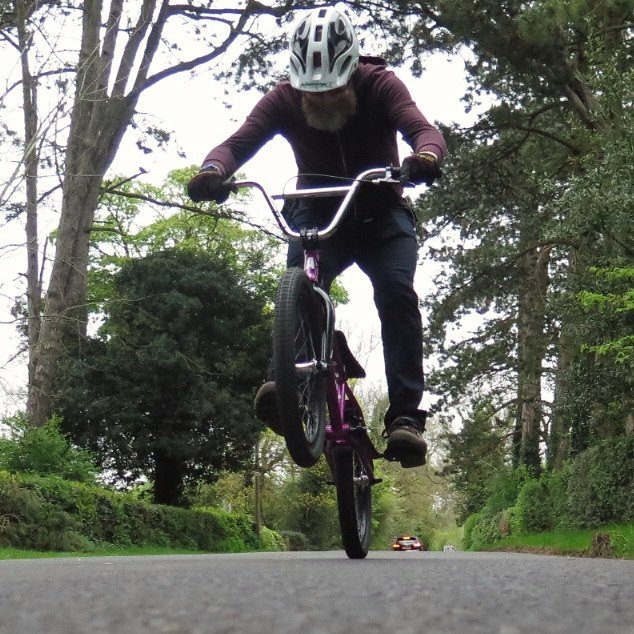 I've always wanted a BMX since my Dad told me i was too tall for one when i was 10, he bought me a 5 speed "racer" instead. It never happened, i grew up, discovered cars and girls and drifted away from riding until my early 30's when i remounted a bike when MTBs became popular. But i never stopped wanting a BMX.
People told me i was too old for BMX in my 30's, but the reason for not getting one was a mortgage and self employment, money was tight and i spent lots on MTBs. But i never stopped wanting a BMX.
I've been to loads of BMX jams from back in the day until now and marvelled at how the riders make it look so smooth. I've no illusion or rose tinted shades view that i'd be any where near as skillful as those guys and girls but I never stopped wanting a BMX.
I had a brief flirtation with a riding buddies BMX, one that was far too small for me, it was great but twitchy, clearly the wrong bike for me but it didn't stop me wanting a BMX.
So, now in my 50's i got the chance of a great deal on a BMX which is the right size at a great price and specced as i want it, so finally after 40+ years of wanting a BMX i BOUGHT A BMX!
everyone said i was too old, that i'd fall off and injure myself. well i did fall off and injure my wrist, so they are probably right, but fuck them, I HAVE A BMX!!
ride 3394milestotal 622
Posted by Rocketdog at 15:28