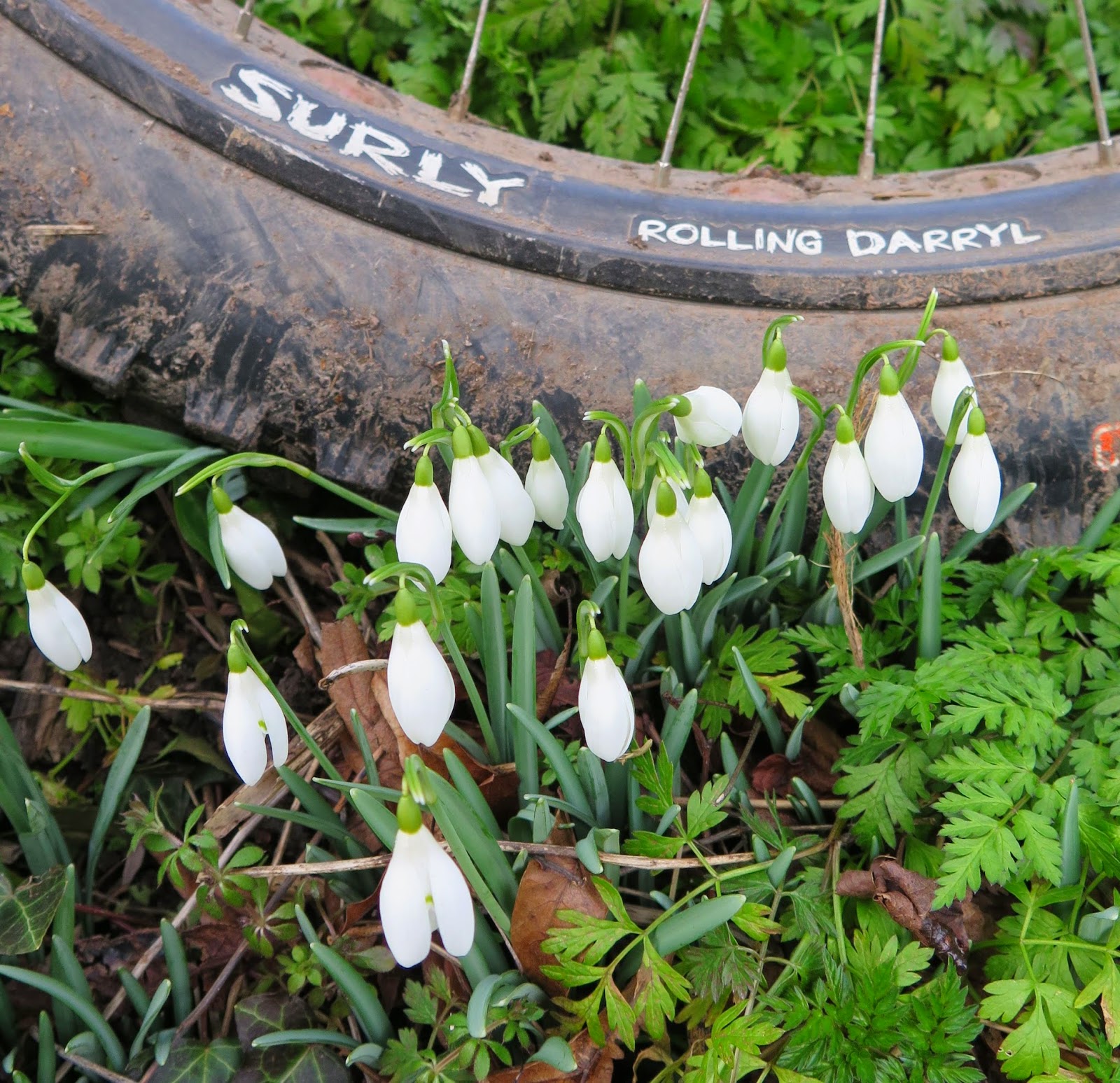 I had a new windproof jacket to try out today from Surface, the clothing arm of Charge bikes. It fitted well but unfortunately it wasn’t vey windy today so on the long extended climb I actually took it off. I can say it rolls up and fits well in the back of a cycling jersey! The long climb was up the canal (around 4 miles) and as the freezing conditions had abated the surface was very sticky in places, not at all helped by the fishermen. They all seem to have massive two wheeled trollies that contains a mountain of equipment. I’m not sure you need more than a rod, bait and a warm hat and coat do you? It’s not exactly out in the wilderness and the fish are trapped between locks, shooting fish in a barrel must be harder!. The trolly wheels left deep grooves on the towpath where the tread had picked up the top most ash surface exposing the gravel below, at least the wise fat bike tyres leave almost not trace.
Last Ride, Dan tore off his rear mech because of massive mud build up on the up and over trails so I thought I’d go take a look how bad it was. The ploughed field didn’t seem too bad with minimum pick up of the clay surface and I was a bit puzzled as to how the incident occurred as it was a lot more frozen the previous week. It wasn’t until I reached the top and began going down the other side and rejoining the tow path that I realise where it must have happened, the mud was sticky and thick and soon the already large tyres seemed to double in size and began flinging great gobs of mud all over the place. Thank goodness for the mudhugger or I’d have been covered. The rear mech and all the rear of the from were plastered in the gloop, I stopped a couple of times to unclog and took it easy as I didn’t want to suffer Dan’s fate.
So, snowdrops are in full bloom, crocus and Daffodils will be next, spring is approaching but it’s bringing thawed trails and maintenance nightmares with it. I wouldn’t have it any other way though
ride 13
10 miles
total 197
commute 78
Posted by Rocketdog at 17:50

Fancy coming fishing in the summer? It's not as easy as you make it sound!