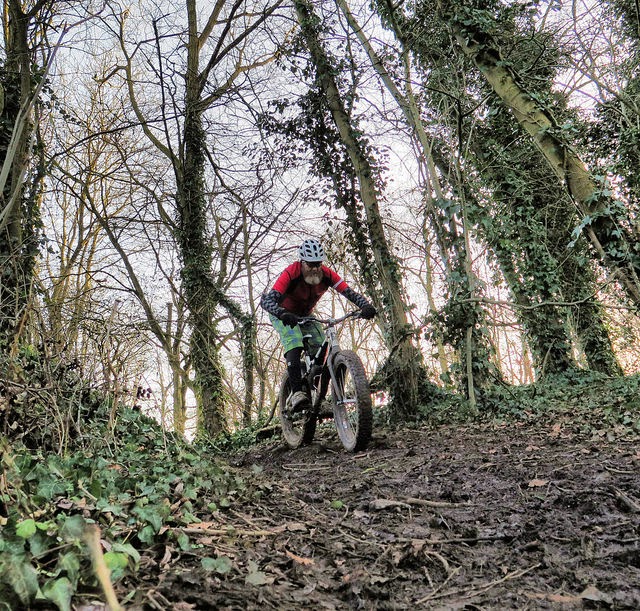 A bit of drizzly rain late last night followed by -3 temps meant that any sort of early ride today wasn’t on the cards. I got out of bed to put the kettle on and ventured outside to see how bad it was. I nearly fell straight on my backside within seconds on stepping on the road surface. It was just a sheet of ice and the pavement was no better. I baby stepped back into the house and drink in hand went back to bed to wait it out.


Some 3 hours later it was no better, even the areas where the weak sun had got to still had the unmistakeable waxy sheen of a near death experience for a cyclist. So I went for a walk, not the idea of “a pic a ride” really.


It wasn’t until the middle of the afternoon that the temperature had increased sufficiently to feel confident about being on a bike. So with just 1.5 hours of daylight left I had to make the most of it. Riding against the clock does mean you have an intense work out though and if you can do it in very muddy conditions it steps things up to another level. So even though it was a short ride I felt I’d benefitted from it and I was glad I’d made the effort.