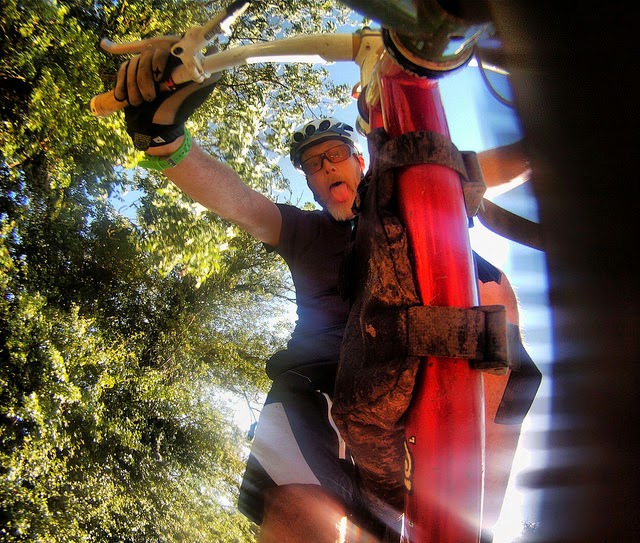 In September I'm entering the UK single speed MTB championship so i thought I'd better get used to riding a bike with only one gear. I'd built the Voodoo Wanga into a single speed 69er (29" front wheel, 26" rear wheel). It's great and doesn't feel weird with the two wheel sizes even if it looks odd. I might have to adjust the gearing though, 32:19 is just too spinny on the flat, perfect for off road but as locally there is always going to be tarmac between trails I might have to reduce the rear sproket a bit. On a route i usually ride on a geared bike I got my 2nd best time ever up the long climb, way slower overall but there was a long flat stretch so the time was lost there. I did reach for the non existant gear lever a couple of times but i was used to it by the end, there needs to be a lot more single speed ride to get a bit of souplesse in the legs though!
Ride 99
12 miles
Total 1944
commute 523
Posted by Rocketdog at 20:35