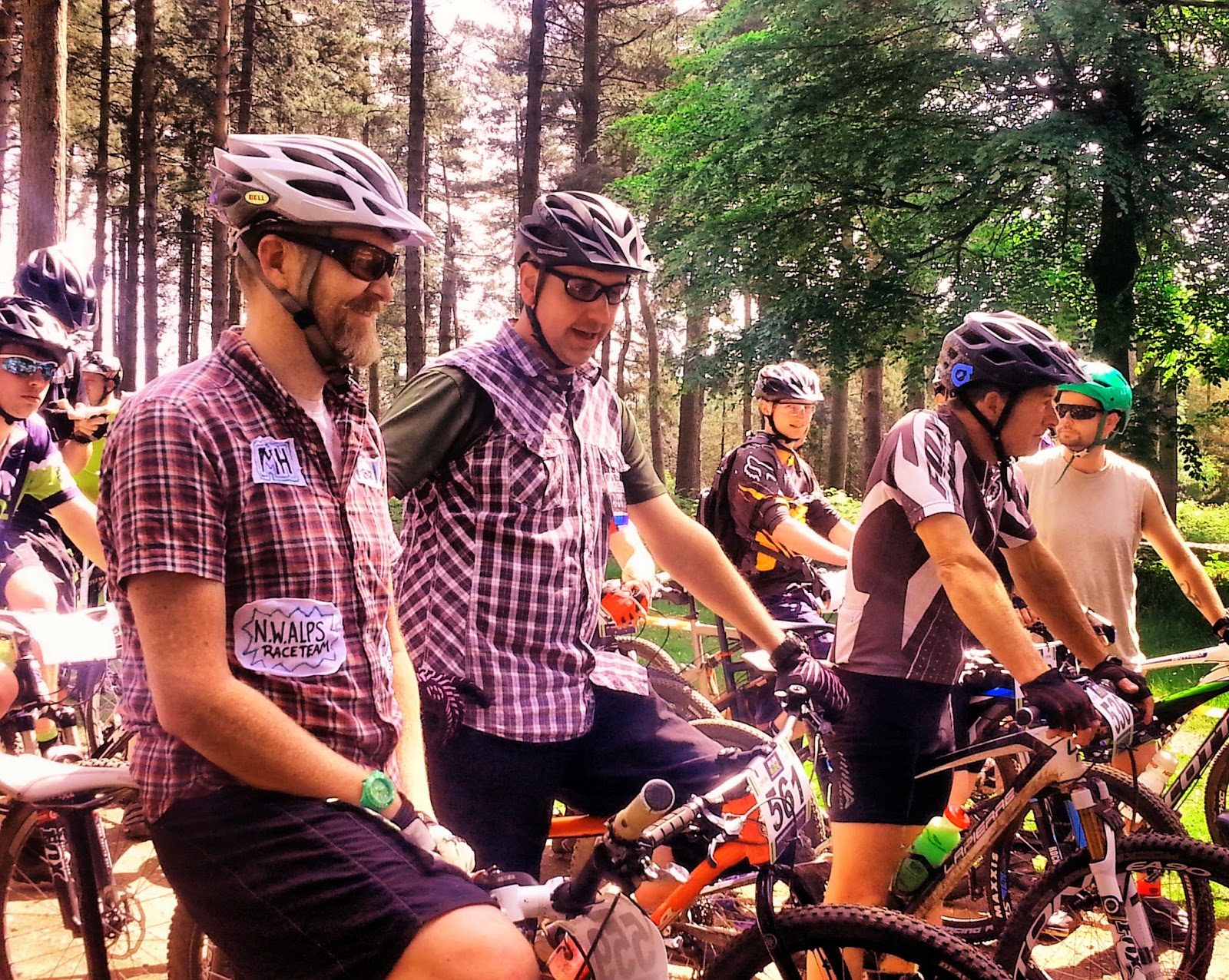 In January I came 52nd out of 75 in this race and I wanted to break into the top 50 this time, especially as it was the first proper race racing for the NWAlps race team. Dan and I were wearing the new team jerseys with the names of our sponsors on, a big shout out to beerbabe and the mudhugger for all the help they have given us so far
The race started as usual, a mad dash around the arena to spread the field out before the first section of narrow singletrack. The course was pretty much the same as the winter edition except it was actually muddier in places than back in January. the climbs were still tough but I did find it easier this time, only riders ahead stopping caused me to stop and push up. The big drop this time had an easier option but using this meant that you took a longer route, so when two guys passed me but then took the chicken run i was able to get back in front via the technical drop. the only bas moment i had was when i hit a tree with the left side of my bars and then crushed my had between a tree and my bar on the right. sounds funny but it was painful!.
I thought my 3rd lap was my best and I passed a few guys as i neared the finish line. I came 48th out of 82 this time so I'm pretty pleased with that. Dan easily beat me though with a 40th place. Special mention should go out to Ant who finished 62nd carrying an injury around which blunted his performance. It wasn't all racing though, there was also a picnic and delicious chocolate brownies which we ate and swapped for coconut cherry tray bakes with the guys and girls at Garage bikes all whilst sat in the warm sunshine. not a bad day all in all
Ride 80
11 miles
Total 1470
commute 394

Well done NWAlps - a superb day with some good results.
And cake.