the Day Greg Minaar's mate showed us around our own trails 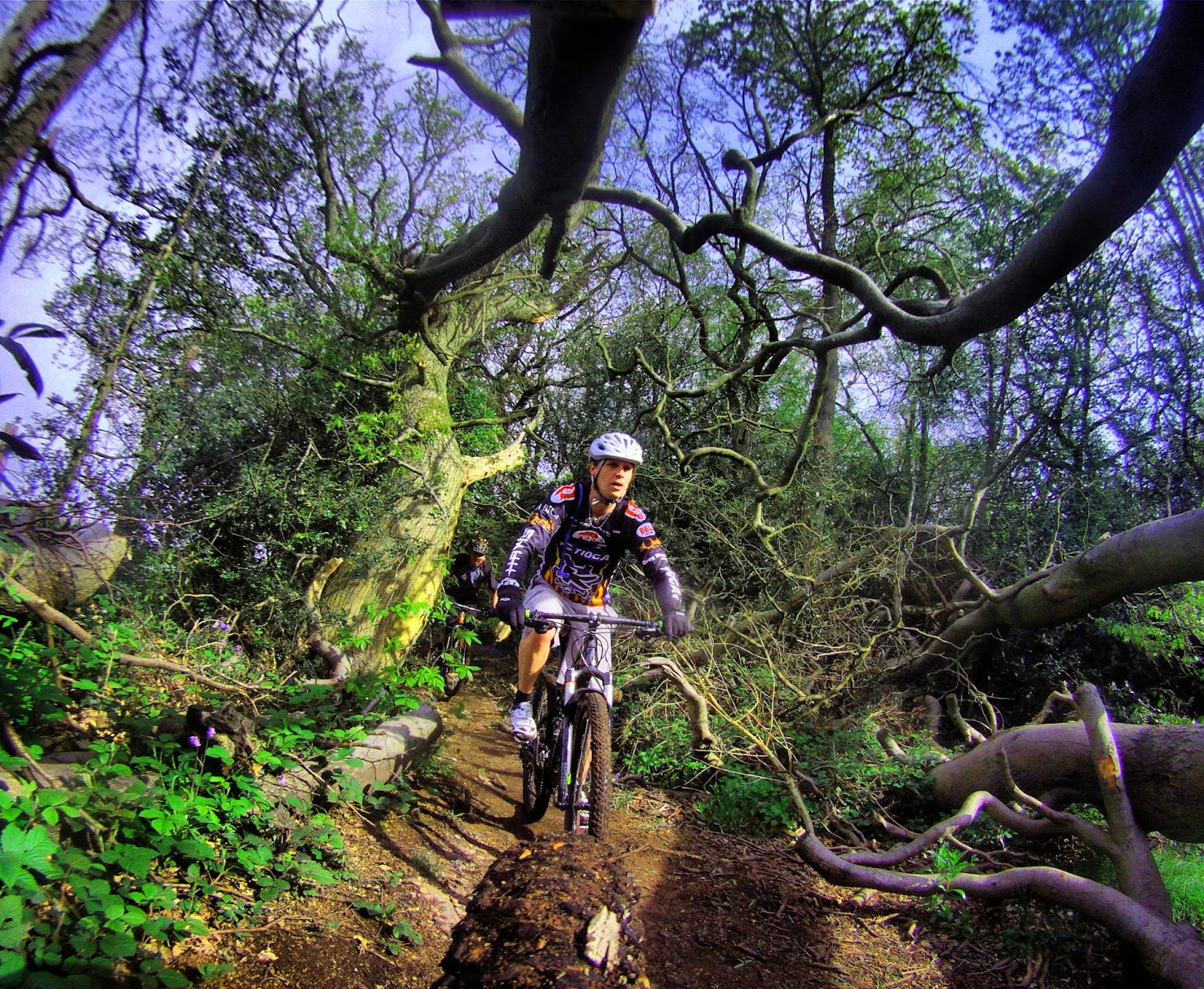 One of Dan's colleagues other half is a keen MTBer and he'd asked if we could show him around the local trails as he hadn't ridden many. A bit of back round, Nick is from Pietermaritzburg in South Africa and he rode downhill trails with the world champion Greg Minaar so was probably going to be a bit handy! As i waited for the others at the meeting point a guy on a bike flew past on his rear wheel! i guess this must be him. Dan and Ant arrived and introductions made we hit a few of the trails trying to get a few in before the bank holiday hordes, Slave, from the door and over to Bono and i don't think Nick's front wheel ever touched the ground. He certainly can handle a bike and he's no slouch up hill either. We stopped at Waseley for a cuppa and then headed back to the woods and Nick said "do you ever ride the trails with the jumps and berms and stuff?"..."the what????" Nick then proceeded to show us trails he had seen other riders using and had followed them. I'm not going to describe them or their location here as they aren't exactly what the rangers like and if found they'd be destroyed so suffice to say they were pretty much the best trails we have ridden and on out doorstep! All it took was a South African to turn up and show us the gems in our own back yard (and how to ride them properly)
Ride 64
20 miles
Total 1224
commute 326.
Posted by Rocketdog at 19:32

A great ride. And that's a great pic, RD!