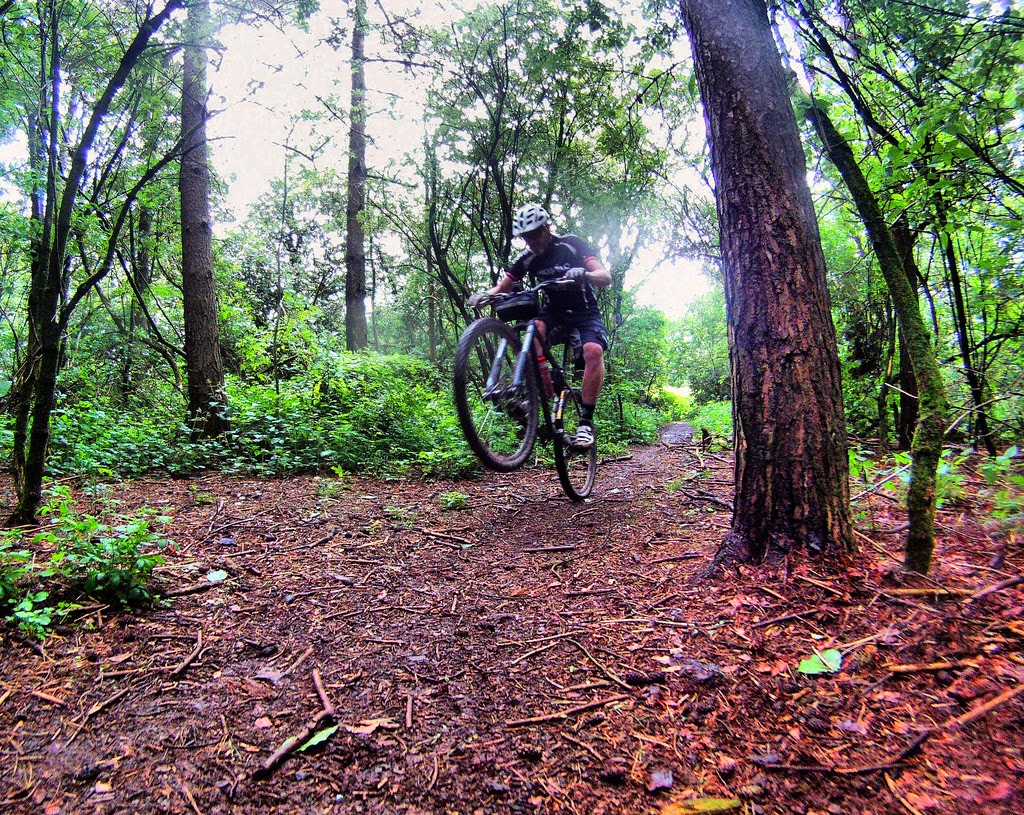 I'll admit after what happened on the last ride on the stava climb my confidence was knocked, as stated previously I spent the following day coughing and "testing" if i was wheezing at all. It was a cycling free day which was planned but not riding did make me wonder if i had damaged my lings and that i was going to find cycling difficult from now on. So with a friday off work i knew the only thing to do was get out and ride.
I headed up hill and all seemed well, i was breathing as normal, a trip through the woods produced the same result. there was only one thing for it, the strava climb! I didn't go hard up it, but also i didn't dawdle either and i got to the top with legs aching and out of breath, i knew it had been an effort, but i recovered quickly with now lung problems like the last time.
Thinking back to the last attempt i remember that there had been a lot of grass cutting at work that day and i surmise that this combined with the hot dry conditions of the ride contributed to a reaction to the allergens in the air which combined with a harder than normal effort caused my problems.
I'd like to say that todays effort up the climb earned me a KOM but i was 32 seconds slower than my best time
Ride 74
12 miles
Total 1371
commute 377
Posted by Rocketdog at 08:11