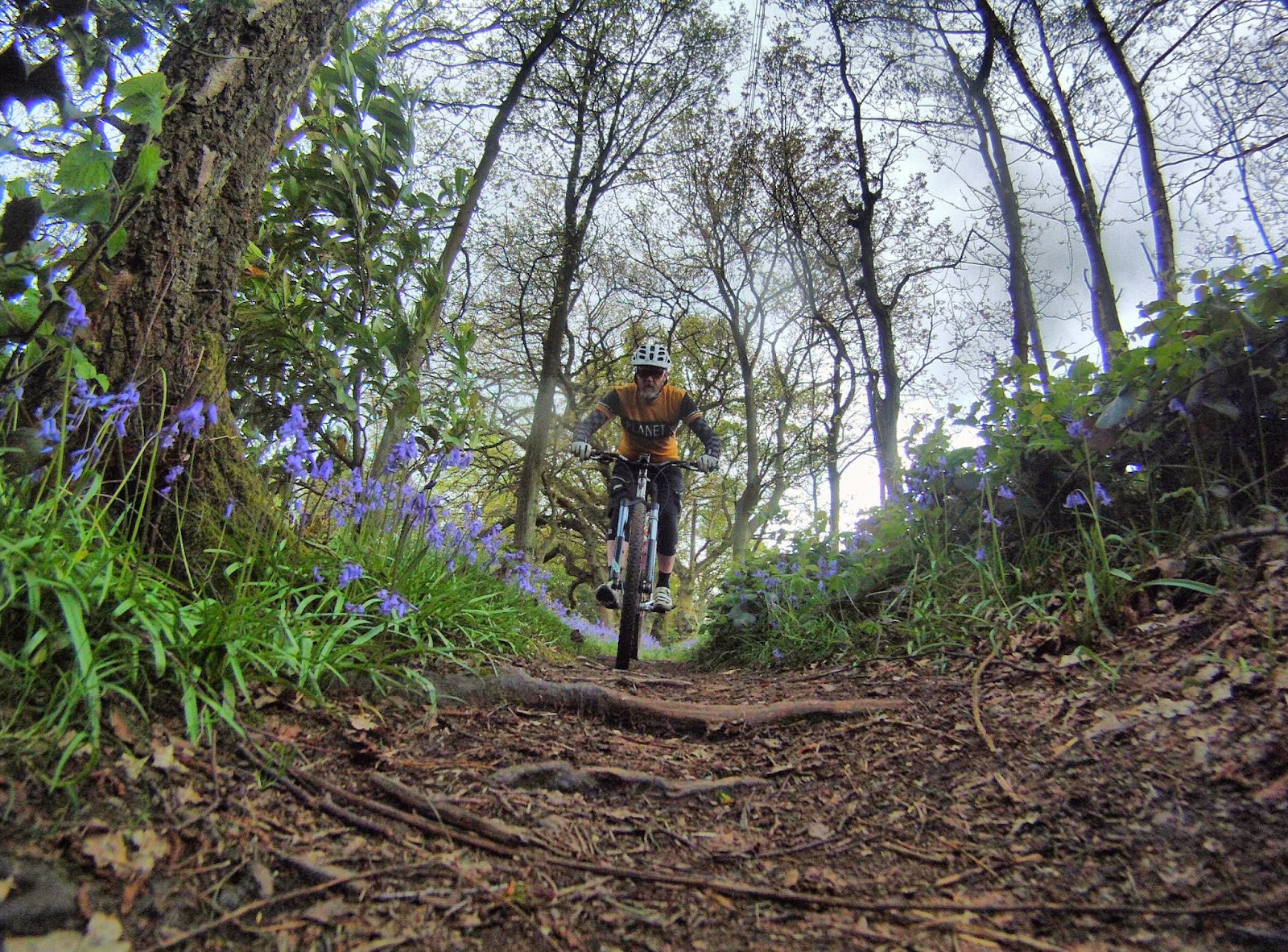 a quickie after work ride to ride the new trail we discovered recently, We'd had quite a bit of rain but i still took the hardtail with the semi slick rear tyre as i need to get back into riding it with some races coming up. Roots were slick and there wasn't much traction on the trails but i still ventured down the off camber entrance to the new trail at the pace i normally would and instantly the rear stepped out causing me to correct with the front, then over the drops and around the berms, a lot more tentatively than before and finally down to the steps. I didn't want to go down into the valley so made my way back up the hill and in doing so noticed another trail on the right which could actually be accessed from the original one if the final switch back was missed. Intrigued i followed the muddy path through the foliage, over a little drop, then a much bigger one, around some Ss and then i stopped at a big drop which looked scary. i walked down to check the exit and looked back up, hmmm sketchy. So i decided i needed to man up a bit or the next time I came this way I'd have a psychological block about it. It was very difficult to walk/climb back up as it was so slippery and it took a lot of effort to stay upright, not confidence inducing for the coming journey back down it. I got to the top, climbed on the bike and as is the way with these moments didn't think about it and just rolled off the lip. I picked up speed quickly and used too much rear brake, the rear wheel locked up and proceeded to swing around and over take the from one and i went down on my backside!. I picked my self up and climbed back up. I did the descent twice more clearing it both times but I can't say it was with style or finesse but i did survive!. the rest of the ride in comparison was tame and without firther visits to the dirt thankfully
Ride 66
14 miles
Total 1251
commute 326
Posted by Rocketdog at 18:45