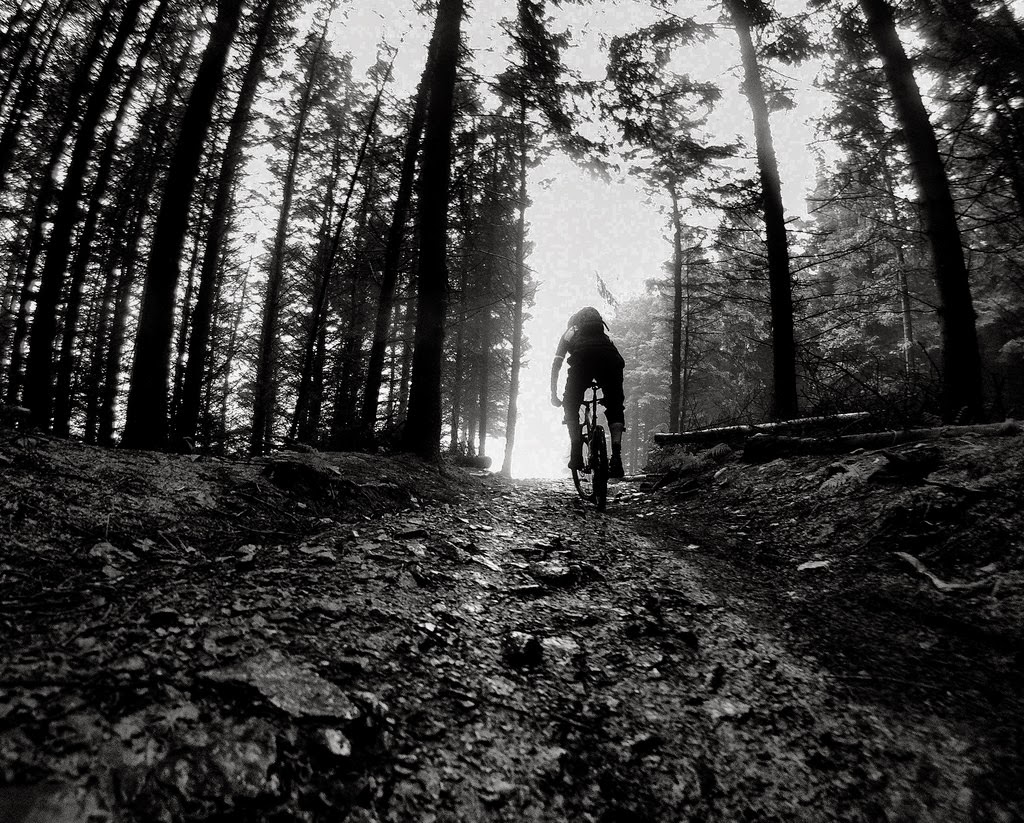 Nearly 6 years ago I travelled, on my own to the trail centre at Coed Llandegla near Ruthin, North Wales. It wasn't the first time I had been but last time I was there some new trails were just about to be finished but i was a week or too early. I remember hating the trail, the downs were great but the climbs defeated me. I'd taken the black route and this meant not just the descents were technical but the climbs were hard. I'll freely admit I walked up most of them. This experience had put me right off the trail to be honest and so It was with some trepidation i arrived in the car park with Dan and Craig. I knew I was fitter now but those demons were still there.
The weather was better this time than 6 years ago as it was only raining, not freezing with snow showers. The first climb is still tedious, surely there's a more interesting way to gain some height?. When we got to the point where the red and black splits we took the harder option and began a really fun trails with lots of rollers, tables, drops and berms, interspersed with with a few short climbs. All this loss of height though does mean that at some point there is a climb and because it is a black route it was pretty steep. I won't waffle on but suffice to say I cleaned all the climbs, it wasn't easy but compared to 6 years ago it was like night and day. There are some good parts, the down hills are great, the board walks slippery in the wet but the finish to the black/red was a real disappointment, the blue trail in contrast has an exciting finish with big sweeping berms and drops.
So to conclude, It wouldn't bother me if it's another six years until i came here again, It's probably my least favouriute trail centre and to compound it the cafe even got my food order wrong!  (confusing cheese with beans??) Only the company from Dan and Craig made up for it. Don't get me wrong, I'm glad I rode here, some demons have been exorcised but I'm not in a rush to go back
Ride 76
11 miles
Total 1390
commute 37
Posted by Rocketdog at 20:09