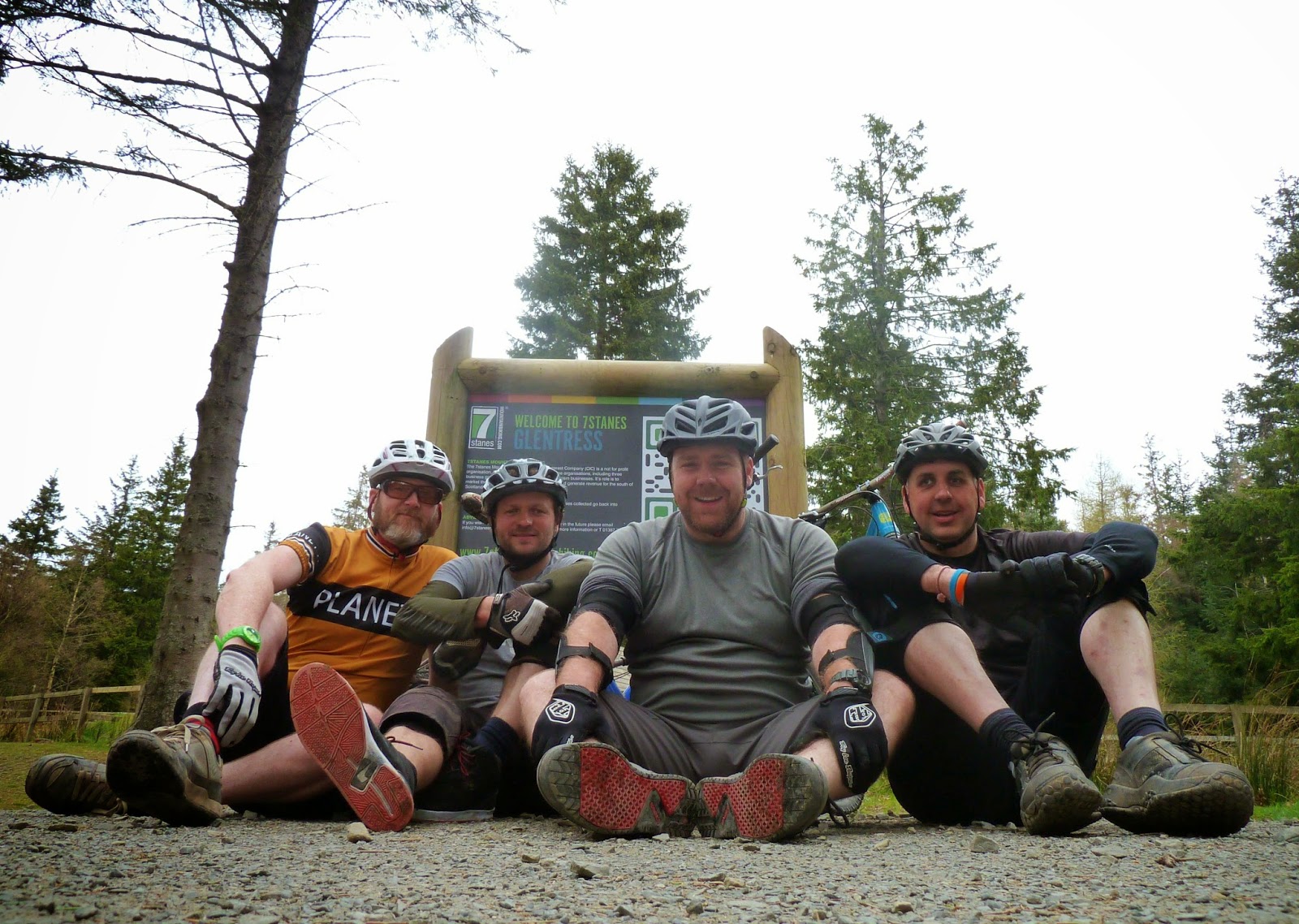 After plying the B&B owner with whisky he offered to shuttle us up to the trails in the minibus, and saving the sore heads from a ride to the top. He was a little reluctant the next morning as he'd be late for work but a bit of arm twisting later we'd packed the bikes in and he dropped us off at the play area, we'd ride back to the B&B, get changed in the garage and collect the bus before heading home.
We played on the jumps, careful not to give it "just one more go" as that usually ends in a crash, a couple of berm baby berm runs, then the final blue and red downhill before a cuppa at the cafe to set us up for the long drive ahead.
We'd only been here 3 days but we certainly packed some riding in, we packed a lot of food and beer in too (lets not mention the whisky!) the trails were in superb condition and there were no big crashes or mechanicals that couldn't be over come but what really makes this type of holiday is the people you are with. There were no ego's, no moaners, no prima donnas just easy going chaps who made the most of the limited time. I was really impressed with Craig, i'm sure he won't mind me saying but he probably isn't as fit as he'd like to be at the moment but he gave it his all, I hope in a way he enjoyed the uphills too. downhill he was fast and it was fun trying to stay ahead of him a few times, which certain wasn't easy. Craig and Dan hadn't experienced the full Glentress experience and I hope I didn't over play how good I think it is and that they were impressed and had as much fun as I did.
here's to the next road trip!
ride 51
4 miles
total 822
Posted by Rocketdog at 19:00