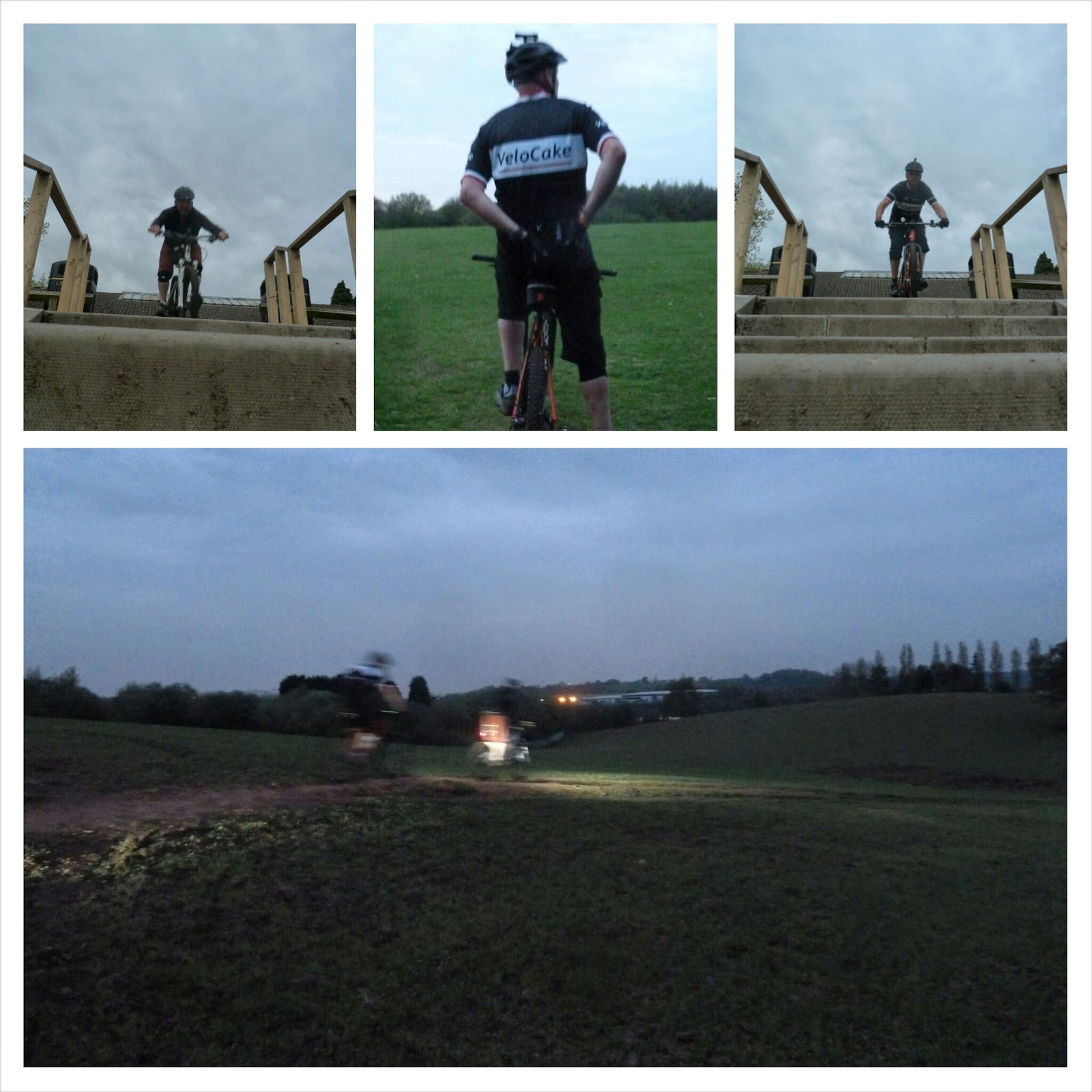 I've been trying to lose 3st in weight for the last two years and I've plateaued at 13st 8 for the last six months. I know what i have to do, I have to really try and regulate what i eat and drink. Cycling does burn calories but lately I've been riding then using all those calories as an excuse to eat more and drink a lot of beer. Yes I'm a little obsessed, I've worked very hard and it's been tough to lose the weight but it's made me feel so much better in general and I think i'm a much better person for it mentally so I'm probably scared to return to the bad old days. This is good for motivation but does sometimes ruin things. For example todays ride is the first since I vowed to give up cake until the 24hr race in June and only drink beer on a friday. Traditionally a night ride ends in the pub, which I'm still happy to do but I really didn't want to drink beer as all the other sacrifices (i refused home made cake today!!) would have been a waste of time. I think this ruined the ride for the other guys and I got the impression it all ended on a downer with us all heading for home rather than the pub. I really didn't want this little obsession of mine to affect others and maybe I'm taking things too far. Still going to lose that surplus half a stone though!
Ride 60
11 miles
Total 1093
commute 326.
Posted by Rocketdog at 22:01

I can really relate to this post!
Ask Deadly, I nearly always drive to the pub and if I do go out for the night, I'm usually drinking tea!
It can put a strain on relationships, with people expecting you to do the same as you've always done, but real mates will respect the changes you're trying to make.
Another thing to try - maybe cut the drinking down to one or two nights a week and make the night ride one of those nights!
The hard work is done on the bike, but the results are revealed in the kitchen! People underestimate the importance of diet and how much it affects overall health.
Only the top-drawer endurance riders can afford to eat what they want, we mortals have to make sacrifices and look for that healthy balance.