Use it before its gone 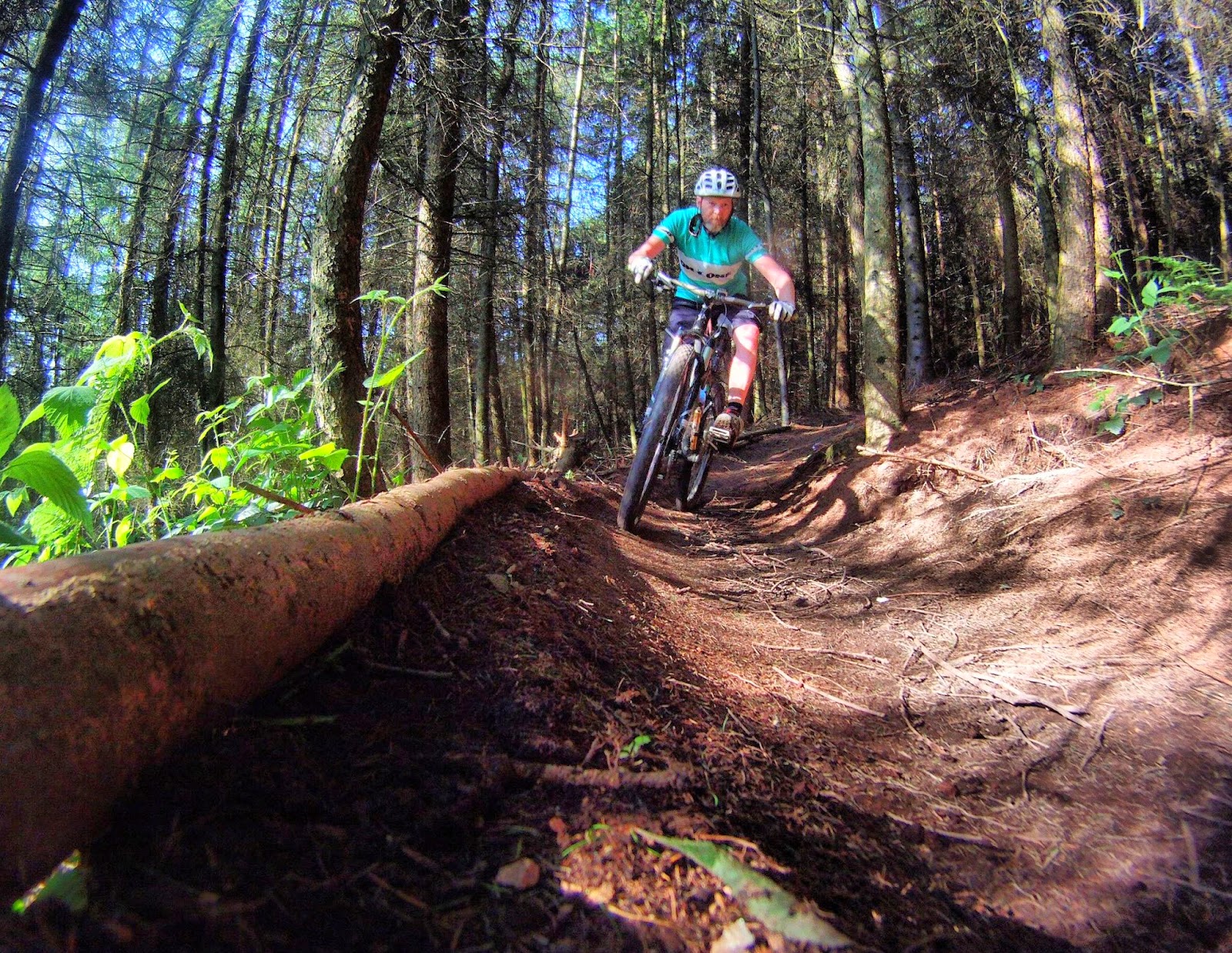 The new trails is running great, drying out lovely and levels of grip have risen substantially but given where it is We think it's days are numbered. It's been built by youngsters we suspect given the type of litter left on it (fast food, pop bottles etc)  and this could be it's downfall. The park wardens aren't stupid, they can spot this brightly covered wrapping easily and once they investigate i think they will start to pull apart the work done. It'll be a great shame as it's a great trail and all it would take to avoid this is to take the litter home. Son of Bono was also drying out and fast. We'd started early to avoid the crowds and had done a lot of riding before the tea stop at 10am. it was already bordering on too hot for me by then and I was glad the day was mostly spent "sessioning" stuff rather than high mileage, We tried a totally cheeky route home and even had to cross a railway (using the utmost care) and then some fields which linked neatly to the last bridleway of the day. so home by eleven before the midday sun make things uncomfortable (well not for a session of feet up in the garden anyway!)
Ride 71
13 miles
Total 1346
commute 377
Posted by Rocketdog at 20:02