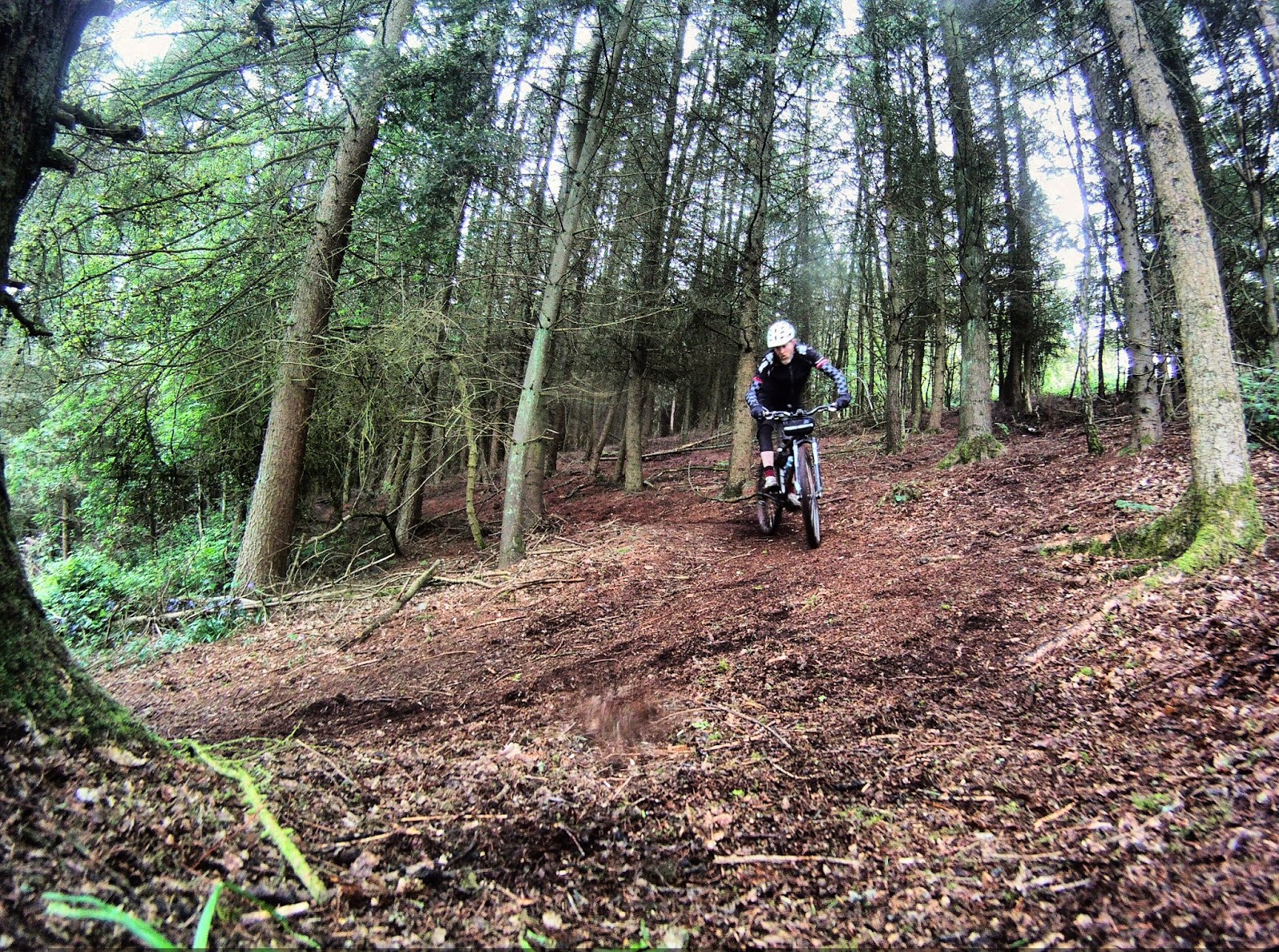 In an effort to get fit for upcoming races we decided to take a ride to Clent without too much mucking about and playing in the woods as we usually do. We couldn't resist a trip down the new trail though but moved swiftly on afterwards, passing but not stopping at the Waseley cafe. Pressing on via Romsley and on up to Nimmings cafe. We kept the pace high on the flat and the climbs and tried to get "aero" and carry speed on the downs. So i think we deserved the toast and marmalade and it was good fuel for the next leg of the ride. A fast descent off the hill that had the guys grinning was followed by probably the longest uninterrupted off road section of the whole ride. This route goes through a deer farm but sadly non were in evidence today, there were some tough loose climbs to contend with and one muddy section before a fast, cattle grid filled descent back towards home. We got a breather when Ant got a puncture but were were soon back on it keeping the average speed high all the way back to Dan's for a cuppa. this just left the climb back over the hill for me and I was pleased how my legs felt after 26 miles of pretty unrelenting pedalling over quite lumpy terrain.
Ride 68
26 miles
Total 1291
commute 343.
Posted by Rocketdog at 20:19

Thanks for not mentioning that this ride NEARLY KILLED ME!